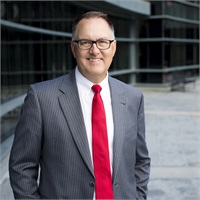 Scott Hill joined the Lauritzen Corporation almost 30 years ago as an auditor for the family owned banks and insurance agencies. In 1993, he was given the opportunity to lead the insurance group. He assumed the President & CEO role at The Harry A. Koch Co. in 2016, the largest of the agencies with over 100 employees.

Scott is committed to building and representing the communities in which First Insurance Group operates. He has served on several local and regional boards, contributed numerous volunteer hours and supported countless fundraisers for local nonprofit organizations in the Omaha area.

As a leader, his focus is on collaboration and relationship building. His favorite part of the job is setting the strategy and vision for The Koch Co. and witnessing his team bring it to life.